5 Signs Your Third Chakra May be Weak 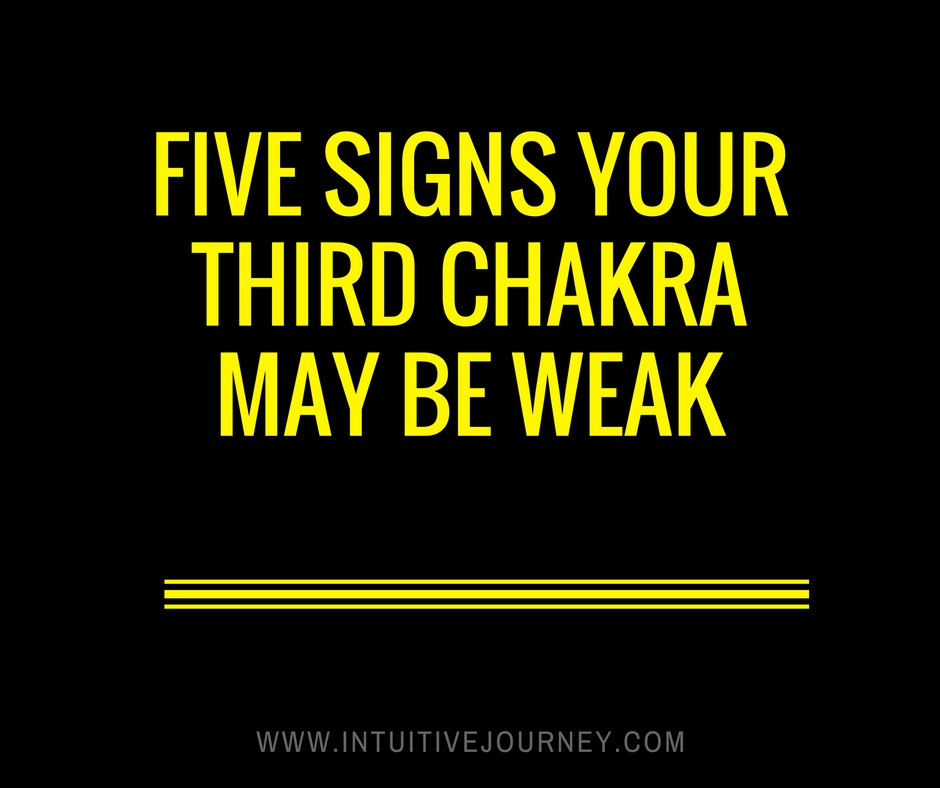 5 Signs Your Third Chakra May Be Weak 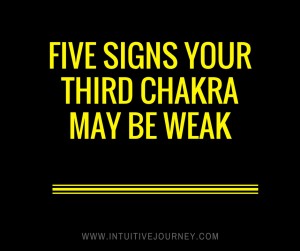 The third chakra plays an important role in our lives because it controls self-perception, willpower and ambition.  Self-consciousness and shame tend to weaken it.

The solar plexus chakra can easily get blocked.  Since it plays an important role in both emotional and physical wellbeing, a blockage of the third chakra will be relatively easy to notice.  Here are five of the most common signs and symptoms.

Experiencing digestive issues is a common sign that your third chakra may be weak.  People who suffer from a blockage are likely to experience health problems like gas, nausea, ulcers, liver and kidney problems, difficulty gaining or losing weight, and even diabetes.

Since everything in the body is connected, the third chakra issue could affect other organs and systems. Asthma, respiratory infections and allergies are also typically linked to third chakra weaknesses.

Feelings of Depression and Rejection

Even if the people around you and their attitudes have not changed, you are likely to experience feelings of rejection and depression for no apparent reason.  You will experience a sense of isolation.   Such feelings are often indicative of a third chakra blockage.

Suddenly, you will feel you do not have control over any aspect of your life.  You will compare yourself to other people and see them as powerful.  At the same time, you will perceive yourself as insignificant and weak.  Very often, people who experience third chakra problems are excessively submissive and incapable of standing up for themselves.

A third chakra weakness can make you often feel embarrassed and ashamed of yourself.  Even if your actions can be seen as adequate under the specific circumstances, you will still feel you have performed poorly and you simply cannot get anything right.

Because of these feelings of shame and embarrassment, you will often refrain from saying what you think.  The fear of being judged will prevent you from speaking up and standing out from the crowd.

Instead of seeing opportunities, you see obstacles and danger everywhere.  The future seems dark and you no longer feel in control of your own life.

People who experience a third chakra blockage believe obstacles are standing in the way of their success.  They do not accept responsibility for their own actions.  Such people do not believe they make their own destiny.  Chances are they feel a higher power is acting against them and preventing them from being successful or happy.

Read More
21 shares
Bob is on sabbatical leave and is unable to respond to messages or take on new clients at this time.