Herbs to Protect the House from Negative Energy 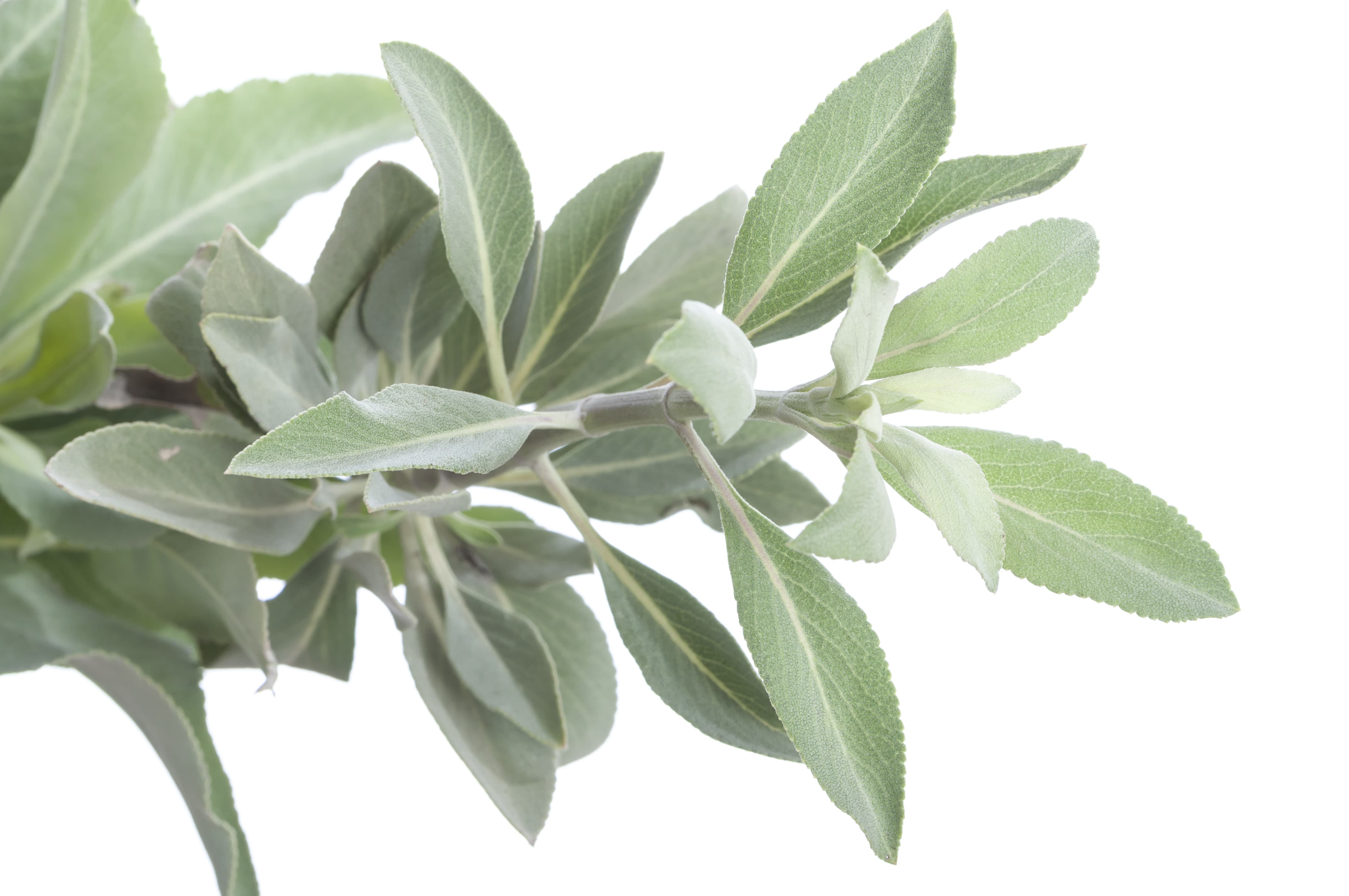 Herbs have been used on the planet for culinary, medicinal and spiritual purposes for as long as history dates back. They are products of plants that the earth has chosen to offer to man and animals as an important staple to life. The significance of herbs in providing health and welfare has been proven time and time again. Not only do they add flavour to your cuisines but they also add an added flavour to your life with their unique properties. For example, you can use certain herbs to protect the house from negative energy. Here are some of the most well-recognized herbs for home protection against negative energy. 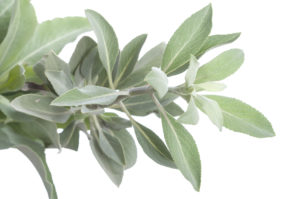 White sage is commonly found in the desert areas. It is well known for its use by American Indians to ward off evil spirits. It also has anti-fungal, antibiotic, anti-inflammatory, calming, deodorizing, and healing properties. Often used in house as a herb for smudging, it is thought to cleanse evil spirits from a home by attaching itself to negative energies and removing. In the old Victorian era, people used to burn dried white sage. It was believed that the smoke could ward off evil spirits that might occupy an old abandoned apartment. 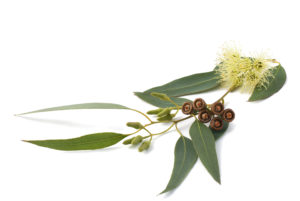 The Eucalyptus Gum Tree is native to Australia and possesses many of the same cleansing properties as White Sage. It is known for purifying and cleansing spaces in addition to relieving muscle pain from its anti-inflammatory properties. Easily recognized by its unique scent, Eucalyptus is one of the perfect herbs to protect the house from negative energy when you want to cleanse and sheild. You can also plant a eucalyptus plant in the north-east direction of your living space to ensure added protection. You can also make a protection jar using tea tree oil and dried eucalyptus leaves and bark, to shield your house from evil eye and as a herb to ward off negative energy. 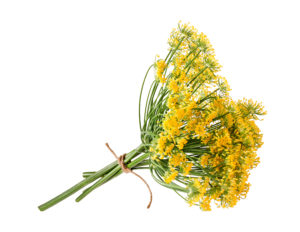 Fennel is an herb that is often overlooked for its cleansing negative energy from a home. It has a characteristic pungent smell while burnt. It was burnt along with sage leaves in houses where a death might have occurred. It was believed that it cleansed the space and protected the soul from other evil spirits.  It works on the human body and creates an energy field from within to ward off negativity to any space. Fennel was used by the ancient Chinese, Egyptians and Romans.  They believed it conveyed longevity, bravery, and power, as well as a herbs to ward of negative energy. 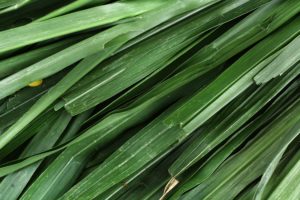 Vetiver is native to India. It is seen as a sacred herb.  This sacred herb was recognized to be uplifting/soothing, healing and having protective properties that make it highly sought after. Vetiver essential oil can help to heal an individual from the inside out and bring a protecting energy field to a home.

A herb for smudging, to dried leaves to essential oils, using protecting herbs to protect the house from negative energy can help to eliminate negative energy as well as delivery good health to your body. 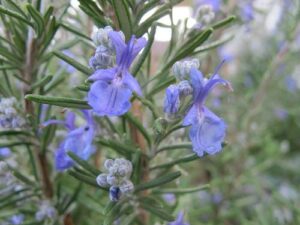 Rosemary is one of the essential herbs for protection against negative energy known for its characteristic sweet spicy smell that can enhance any cuisine and also used as a taste enhancer in infusers for several varieties of tea. Witches of the era, regularly consumed rosemary infused tea to enhance their powers and ward from evil spirits from entering into their aura. Dried rosemary leaves are used as a herb for smudging and cleansing ritual spaces. It is also kept under the bed and pillows to ensure that no evil dreams and spirits linger while you sleep. You can keep a sachet of rosemary at the entrance of your home to shield your home against any evil spirits that might try to enter. Furthermore, rosemary acts as a stress buster and can relieve headaches as well. 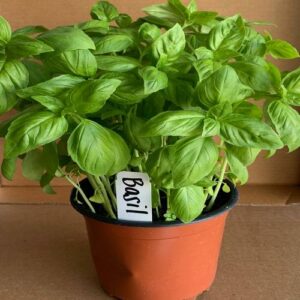 Basil is a common herb found at the veranda and entrances of almost all Hindu households in India. It is said that it acts as a protector of the household. Any spirit entering the premises has to face its effects before trespassing. Known for its power to protect, cleanse and maintain the sacredness of a space, this herb is known for its healing properties a well. Furthermore, an essential part of the cuisine in the east as well as in the Italian menu, it helps boost your immunity and keeps you healthy and glowing. Both green and purple basil are known to work wonders in healing and medicinal purposes. 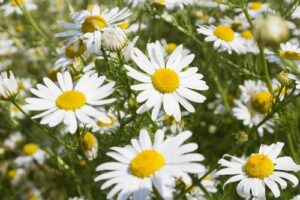 A pretty flowering herb in the wild, chamomile is known for its anti-oxidant, herb for smudging and immunogenic properties. It protects as well as wards off evil spirits. People usually plant them along the sides of their living space, to protect their homes from evil eye, as a herb to ward off negative energies, and evil spirits. People use them in warm bath tubs to cleanse their aura of any negative energies that might be present. Chamomile tea is consumed to relieve head aches and sore throats. Chamomile is also an effective herb to attract positive energy and soothe the soul. Chamomile infused lemon butter acts as a good moisturiser for your skin as well and is known to cure skin ailments 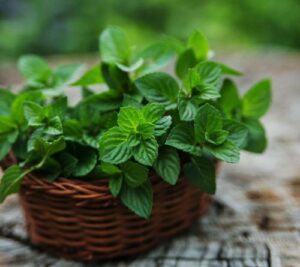 Known for its unique taste and tangy flavour, it purifies the atmosphere of your living space.
Mint infused water is used to sprinkle around the house and cleanse it of any negative energy. Mint is an essential herb used by many households for its characteristic smell and flavoring properties. What is less known is that, it is a herb for protection against negative energy, and can improve wealth and prosperity of a household. It is also used in fertility spells to attract noble souls to enter and bless the house. Consumption of mint infused water can considerably strengthen and intensify your digestion. Mint is an essential element in aromatherapy sessions, especially for people with insomniac tendencies. 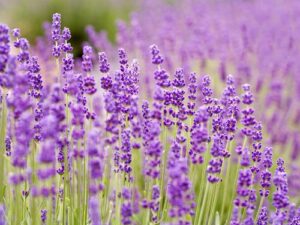 The herb known for its sweet smelling flowers, the vines are known to trap any evil energy or spirit that might try to enter into your house. Lavender vines are purposefully planted on the southern part of the house in several east European countries to ward off evil spirits from entering into the house. Lavender bouquets are a customary in several tribal weddings and are used as tiaras and corsages for the bride to keep evil energies off of her. It can be used as a cleanser in cleansing spells and also for helping depressed souls. It was also used by ladies in the Victorian era to attract good luck and potential suitors. 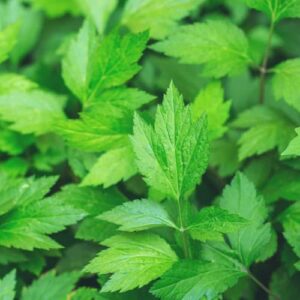 A widely used herb in Europe it is known for its protective properties. It could protect your home of evil spirits and a herb to ward off negative energy. If planted in gardens it would ward off destructive insects. When used as a spell while journeying it can relieve stress, fatigue, avoid attacks, beasts and bring good luck. It is known that carrying this while journeying can bring good luck and ward off any dangers that you might face, it can be burnt to cleanse the home atmosphere, herb for smudging, relieve stress, help in dream magick, astral travelling and protect you of evil energy during psychic navigation. You can also ingest this to relieve digestion issues and calm down your nerves. Regular burning of mugwort in the house will keep pests away.

An herb known to strengthen the solar plexus chakra, it is an excellent ingredient to cleanse, purify and protect your space. Usually sprinkled as herb to ward off  negative energy and evil spirits, it is also used in magick pouches and sent to soldiers marching in battle fields to protect them and heal them of tragic wounds. Protective circles made out of vervain can prevent evil spirits from reaching you. It was also used in exorcism processes. Vervain circles were also used to trap evil spirits and send them back to the astral world. Vervain essence is also known to protect souls while during astral travel.

These pants and herbs for protection against negative energy are just like the tip of an iceberg. The enumerated properties are just the ones that could be documented and observed. There is much more to them that is hidden from us. Moreover, there are many more plants and herbs that have extensive magickal and protective properties that can benefit you and your home in numerous ways. Nature is a store house of mysteries and we can never have enough of it. 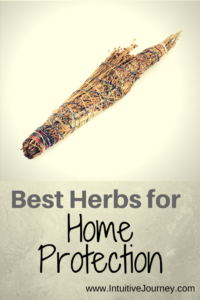 If you are lost in your life and looking for direction, your astrology reading will be an informative and healing experience.

Spiritual and Healing Powers of Nuumite

Tips for Getting the Most from Crystal Healing

How to Use Healing Crystals

Read More
312 shares
Bob is on sabbatical leave and is unable to respond to messages or take on new clients at this time.