Opening Your Root Chakra for Health and Abundance 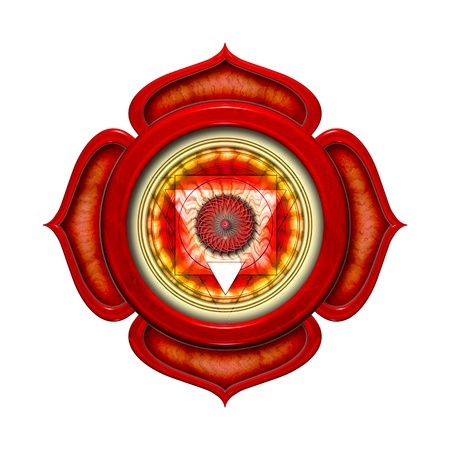 The root chakra, also known as the first chakra, is located at the base of the spine. It serves as the foundation of our very existence for basic needs. Survival, safety, grounding and physical self are characteristics of the root chakra. Without opening this major chakra, the ability to stay well and thrive, are impossible.

The root chakra is in control of the lower extremities and spine which include the bladder and kidneys. It is not difficult to see and feel the signs of a closed root chakra. Physical symptoms may be fatigue, constipation, back pain or weight gain. The emotional signs include anxiety, insecurity and detachment from the world. Poor judgment and confusion often follow. A feeling of ‘fight or flight’ is also common in dealing with issues that seem uncontrollable.

The easiest way to open your root chakra is to become grounded with the earth. Stand and think of your body as being attached to the earth, growing roots and finding a solid place in the world. Focus on your limbs as they respond to the gravity. Start to move and concentrate on the pulling sensation that is trying to tell you that you have become separated from the world. Be mindful of your breathing, taking long and even breaths. A shower can often help in concentration of re-establishing a connection. Imagine the impurities and insecurities being washed down the drain, leaving you fresh to accept positive energy.

Meditation should be the next step. If possible, practice outdoors. If you have to be inside, surround yourself with items of the earth, such as earth colors, wood and flowers. Scents to use are rosemary, patchouli, sandalwood or rosemary. Do not dwell on the size of your bank account or how you will ever have enough money, but think of the abundance that you have been blessed with. When you are able to see your life in a positive light, the insecurities will begin to fade away. Only then can you concentrate on the real possibilities that await you for future abundance.

Read More
1 shares
Bob is on sabbatical leave and is unable to respond to messages or take on new clients at this time.