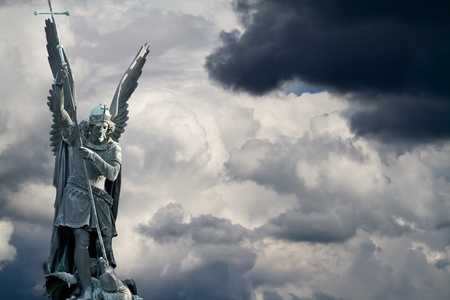 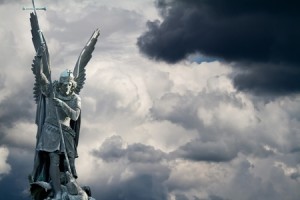 Everyone needs a chief of command and angels are no different. Referred to as archangels, these select few are responsible for overseeing the activities of angels, making sure that God’s will is being performed and occasionally, delivering a personal message of historical proportion from God. It is believed that either the archangel Michael or Gabriel, appeared in glory before the Virgin Mary, mother of Jesus, before the conception. This would be an example of the respectability of an archangel’s high post. No regular angel could be adequately selected to deliver this once-in-a-lifetime message.

All in a Name

Names were given to archangels as a way of distinguishing their believed purpose. The term ‘archangel’ is derived from the Greek words arch and angel and means chief angel. The Hebrew meaning for ‘angel’ is messenger. The name Michael, believed to be the highest and most powerful angel, comes from the Greek question, “Who is like God?”, clearly pointing out that he is a dominant figure in the Lord’s eyes. Gabriel, another commonly found archangel name, means “God is my strength”, in Hebrew.

5th century Greek philosopher, Pseudo-Dionysius the Areopagite, provided writings that there were a group of 7 archangels, named Gabriel, Michael, Raphael, Uriel, Raguel, Remiel and Saragael. These names are also mentioned in the Book of Enoch. It is believed that each one had a given day of the week in which they were to represent. Another theory is that there are 4 archangels that represent the following: Raphael for spring, Uriel for summer, Michael for autumn and Gabriel for winter.

Not only are archangels beholden to God for the work of angels, but also possess extraordinary power to fight evil supernatural forces. For example, Lucifer, once considered ‘a bright morning star’, as the name implies, had to be removed from the heavens once his sinister nature was revealed. It is believed that Archangel Michael was given the duty of tossing out this fallen angel, even though he faced an overpowering strength of evil. This takes tremendous trust of the Father to know that the victory could be won.

Archangels are said to have the luxury of basting in the Master’s presence, surrounded by light and peace. Their dedication and protection of not only the angels, but of the entire universe, have awarded them this great opportunity.

Read More
9shares
Bob is on sabbatical leave and is unable to respond to messages or take on new clients at this time.