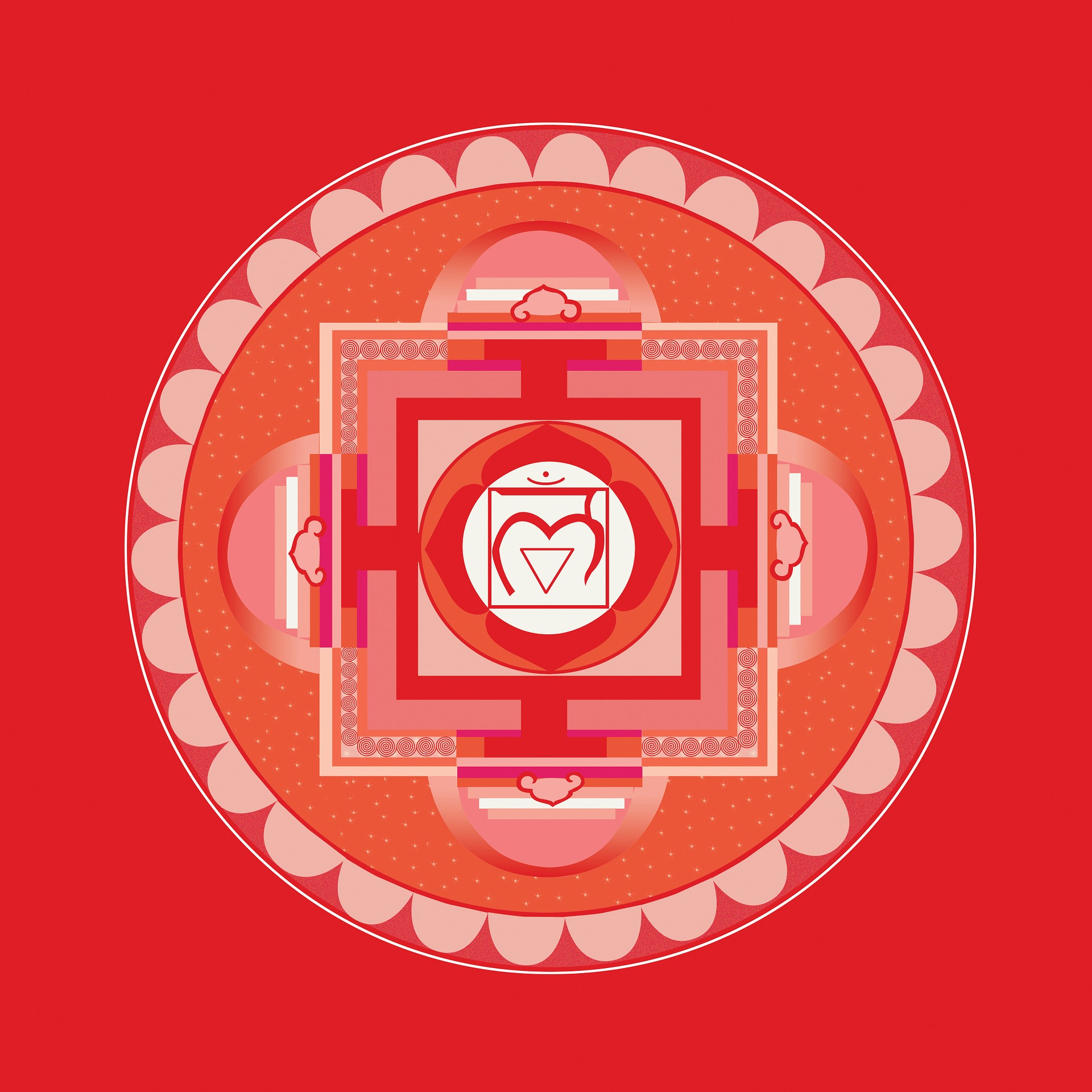 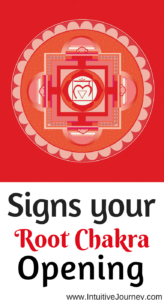 When you allow your root chakra to close, it is not a simple path to take in reopening. You may meditate and present positive thoughts while concentrating on the earth, but there is a process of emotional and physical stress that has to take place. It is all good for getting back to where you once were with a strong root chakra, but be prepared for some unusual feelings, thoughts and physical symptoms.

Feeling the Force of Grounding

Because the root chakra has a direct connection to the earth, your body may begin to feel heavier, as if planted to the ground. Look for a sudden weight gain and a sensitive feeling in the soles of your feet. The body requires a change in nutritional values and you may find yourself craving comfort foods, fresh fruit or salty products. Give in to a point without compromising your welfare.

One example of a symptom of the root chakra starting to open is with the sensation of heat in different parts of your body. The base of the spine is most noted as the energy begins to regain its place in your energy field. There can also be tingling as the vibrations become established in your body and mind.

Some people experience difficulty falling asleep from restless leg syndrome as the energy attempts to find its rightful place. Dreams may become more vivid and intense as the unconscious becomes involved in the transformation. Bizarre, non-sensical or nightmarish dreams have taken place where tranquil stories once appeared.

Not everyone’s degree of blockage is the same and not everyone has the same level of sensitivity to the symptoms. To some, these feelings may be a mere inconvenience to allowing the energy to do its job. For others, however, an acute awareness may begin to have an effect on normal aches and pains, even having flu-like symptoms. Be assured that the body is only in a state of healing and all emotional and physical occurrences will pass as your root chakra becomes fully opened.

It might sound strange but, once your root chakra has started to clear its blockage, your body will feel very healthy, and it will try to maintain the new found balance. You will be less inclined towards junk food and beverages that will affect your health in a negative way. Better lifestyle habits will draw you towards a better way of living.

Root chakra opening signs are unique, so you have to pay special attention so that you can understand them. You will find a way in which your body will try to communicate with you. Root chakra opening experience includes the ability to interpret every symptom presented by your body. In this way, you can perceive what is wrong with you and take the necessary steps to cure it.

Numerous individuals do not feel comfortable in their own skin, and they have a sense of lacking and are afraid to own themselves. Root chakra activation symptoms make a person very comfortable, and they learn to accept themselves. Also, the realization of self-worth engulfs. This will help you to protect yourself against several ordeals; you are going to find yourself standing up for yourself whenever needed.

What happens if root chakra is blocked?

We are focused on the root chakra opening signsbecause blocked root chakra causes numerous physical hazards as well as mental instability. Prime physical problems include arthritis, constipation, and other colon problems. Among the mental disturbances, feeling insecure about everything like money, health, the body is the most prominent.

Several procedures exist that help in activating the root chakra; to speed up the natural process, you may use the procedures listed below.

One of the root chakra opening symptoms is grounding; you should establish a relationship with the ground to activate your chakra. For example, walk on the grass barefoot or sit in serenity in a garden or park and pay close attention to nature and its habitats. You can also participate in activities like hiking or swimming or a tour of the sea that includes elements of nature. You may also indulge in yoga asanas like Yin Yoga.

Essential oils like rosemary, sandalwood, clove contain a smell of earth and thus helps in the opening of the root chakra. You can use these scents in your daily life to get the benefits. Try to maintain a diet that consists of food close to the earth; avoid packed and processed food as much as possible.

Nothing is good when done in excess; if your root chakra is overly active, then there might be consequences you might suffer about your health and mind. The root chakra opening signs are very different than those of an overactive root chakra.

The color of the root chakra, red indicates love, harmony, and energy; however, it also represents danger and negativity when in excess. Overactive root chakra activation symptoms include anger, short temper, greed in small things, impatience, and other negative emotions. As a result, you may feel more insecure about things in your life.

If you have a slight increase in your root chakra, then minor changes in your lifestyle will suffice, like changing your diet. You may incorporate some yoga and exercise into your regime. You should spend plenty of time among nature and let nature heal your root chakra because it is grounded to nature and its elements.

You must include your legs in your exercises and activities as they are the most connected to the earth. Little walking or running also helps in the healing of root chakra. Increase your protein intake, animal based and plant based in order to connect with your root chakra. Surround yourself with some earthly scents mentioned previously.

Overactive root chakra experiences are somewhat similar to root chakra blockage signs, but they are more significant in magnitude. Also, they mess up with your mind and body very severely. If you are experiencing these symptoms, you must cleanse your root chakra and help restore the balance.

Read More
286shares
Bob is on sabbatical leave and is unable to respond to messages or take on new clients at this time.